Set up and use Chromecast on Android phones or tablet

To use Chromecast with an Android phone or tablet, simply plug the Google Chromecast device into the HDMI port of your home TV and use Google’s home app to complete the initial Chromecast setup process.

Once the Chromecast device is set up and connected to your home WiFi network, you can stream YouTube, Netflix, and other media from your Android phone to the screen of your home TV.

Next, open Google Play Store on your Android Phone and download Google Home App. Once the download is completed, open Home App and tap on Accept to agree to the terms and conditions. On the Home Screen, tap on Set up 1 device option. On the next screen, select Home and tap on Next.

Google Home App will now start looking for nearby devices. Once it locates your Chromecast device, tap on Yes to move to the next step. On the next screen, you will see a Code at the bottom right corner of your TV and a Code on your phone. Tap on Yes if you are able to see the same Code on TV screen.

Finally, enter the password for you WiFi Network and this will complete the setup process.

That’s it, your Chromecast device is now all set up and ready to cast videos and movies to the larger screen of your home TV.

How to use Google Chromecast on Android phones

All you need to do to stream media from an Android phone to a TV is to turn on the TV, start playing a YouTube video or Netflix movie on the Android phone, and click the cast icon displayed on the video.

Open YouTube Video or Netflix Movie on your Android Phone and tap on the Cast Icon. On the pop-up, select your Chromecast device.

The video should now start playing on the big screen of your home TV, unless you are not signed in to YouTube.

In which case, you will see “You’re Signed out” pop-up. You can either tap on Confirm or tap on Cancel and sign-in to YouTube. After this, select the Video or Movie that you want to play > On the pop-up, tap on the Play option to watch the Video or Movie on the larger screen of your Home Television.

You can use your Android phone as a TV remote at any time to pause, rewind, fast forward or stop the video or movie playing on the TV screen. 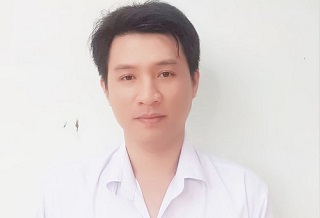 I AM
Is a technology lover so I created this website to share knowledge related to technology issues. Hope you will love it!